The golf swing is an enigma to most golfers. Regardless of how many lessons the golfer takes or teaching articles/books he or she reads, rarely does one improve and often becomes more confused. The general problem is the concept of how to apply the force to the ball is not clear or entirely misunderstood.

To clarify how to apply body force to the club and increase club head speed, we need to take a trip back to our junior high physics class and recall Sir Isaac Newton’s Laws of motion. Newton’s laws are basic scientific theories of physics, mechanics, dynamics and kinematics. All are applicable to human motion in general and specific to this article regarding the golf swing.

All golfers are interested in how to create and increase club head speed and although individuals have different physical aptitudes that allow for generation of speed and power, all golfers can maximize their potential with the correct application of force.

For the golf swing, the most important factor affecting the travel distance of the ball is the speed of the club head at the moment of impact with the ball. That is a reasonable statement to make and probably one that few would disagree with. However, where the confusion lies is in how does the golfer accelerate the club head to achieve maximum speed at impact?

Because the golf swing is rotary or circular,  we also have to define how Newton’s laws apply to nonlinear motion. For circular motion: F = M*A   F is the force added to the object M,  and A is the acceleration.

For circular motion F = M*A can also be written as F = M*V*V/R,  where V  is tangential speed of M (M should be club head in golf swing) and R is radius ( for golf swing, it is the length from body to the club head).

It is easier to conceptualize and understand how to accelerate the object for linear motion, but it is not so easy to understand how to accelerate the object for circular motion and at the impact zone. We will describe how to do this using Newton’s second law. The direction of acceleration is in line to the arms and the body of the golfer, not towards the target. This is opposite of what most golfers’ intention is and try to accomplish. We will attempt to clarify what the intention should be.

To better understand and conceptualize how to generate this force, just think about the track and field event, the hammer throw.  There is a pulling force through your body felt in your shoulders and arms. This is a key point to remember: the pulling force is to your body, not to the hole or the fairway. During the full swing, if you feel pushing the club or club head to hit the ball to the target by your arms or hands, the results will not be ideal because the application of the force is in the wrong direction to increase acceleration.

Because the golfer uses a circular orbit from downswing to finish, the golfer must exert a centripetal force (center seeking force) to keep the club head moving on the circular orbit, especially during the downswing. This force is proportional to the square of the velocity of the club head divided by the radial distance between the club head and the golfer’s body (center of mass), and can reach about 100 lbs at the impact zone and continue to accelerate through the release. The ability of the golfer to withstand such force at the impact zone is the main limitation in the ability to swing at high clubhead speeds and stay on path; many golfers perform heavy weight lifting exercises in order to increase their ability to withstand this force.

From a physiological perspective, this requires allowing one’s arms to extend as far as possible. The golfer will extend the circle’s radius by completely relaxing the shoulders and arms, allowing the arms to dangle completely free and relaxed as they carry the centripetal force. At the same time, the lower body and legs will drive (the force to body not to the target) as explosively as possible to accelerate the club head into impact.

A good swing needs a longer radius of the circle to create as big of an arc as possible. Therefore, the center of the circle should be located somewhere near the back or the scapulars. However, if the golfer tries to add force by using his arms, wrists or hands, the radius will be shortened a lot and the swing power will disappear immediately. Because a good swing uses the legs and trunk to generate power and a long radius of the arms/ club for optimal distance, good golfers do not use their arms to generate power. The role of the hands is to hold the club with relaxed wrists and tension free arms.

Next we need to describe how to create the PULLING FORCE to generate club head speed applying Newton’s third law: For every action there is an opposite and equal reaction!

Regardless of what the sporting activity is, when the objective is to throw, strike, or kick an object (ball) for distance, the continuous power source of motion is from the ground theoretically by feet. This brings us to Newton’s third law: for every action there is an opposite and equal reaction. The ground will give us exactly the same magnitude of force we give it in the exact opposite direction. For example, if I weigh 130lbs and I stand still, the ground is applying exactly 130lbs of force vertically (opposite direction of my weight) back at me.

This can be hard to understand and conceptualize because we don’t see or feel (the ground pushing back) but it is happening. If I start to jump up and  down then the magnitude of the force that I am applying is also increasing and the ground is applying the same amount of force right back at me. This is the missing piece for most golfers in understanding how to generate power from the ground up. You can see it when you watch the pros, but how to do it is not well understood. — The force can not be seen, but it can be felt through how we apply pressure to the ground (ground reaction forces or GRFs ).

A key point to remember is that forces happen in couples and one is always equal and opposite to the other. Good golfers keep balance very well because their left foot (lead foot for right handed golfers) pushes down through the ground firmly at the impact zone to create the proper force to offset the centrifugal force (outward seeking force) of the clubhead. This is Newton’s third law in action!

The body must resist the away-force — centrifugal force — being created by centripetal force. The stronger the body the more force it can resist. Do you remember the swings in the playground?  There are two poles on each side of the swing set. The swing goes in a circular orbit around the top post. If the poles or the post are not strong enough, it could not resist the circular force of the weight of the person on the swing seat. The poles would break and the person would no longer travel in that circular orbit. During the golf swing, your legs are the two poles on one side and your spine is the top post and your arms and club are the swing chains.

The swing power is generated with the cooperation of the legs, the core, the torso. the shoulders, arms and wrists. The lower body, core and torso need to be strong and powerful to generate the force, while the shoulders and arms need to be at the correct structure to be with the lower body and spine without any energy leaks.

The arms and wrists are simply middle parts like the radius, they do not necessarily need to be strong,  but should be tough enough and at the right position, tension free and whippy, although good grip strength is important to hang on to the club especially as the forces increase. This is one reason why it is difficult for golfers to “stay in posture” or “stay in the box”. It’s not that they don’t want to or understand that staying posture is important, after all every golf lesson they ever had the pro has probably told them you need to stay in posture. The problem is the intention of how to apply the force is wrong and until this concept changes in one’s mind it will not be possible to stay in posture.

Remember: when you want to apply a force, be very clear in your mind what is the equal and opposite force and what are the directions of both forces; otherwise, simply applying more force in the wrong direction enhances the current problem. 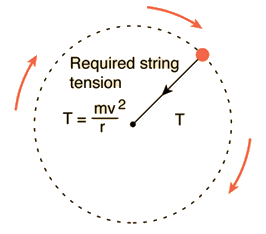 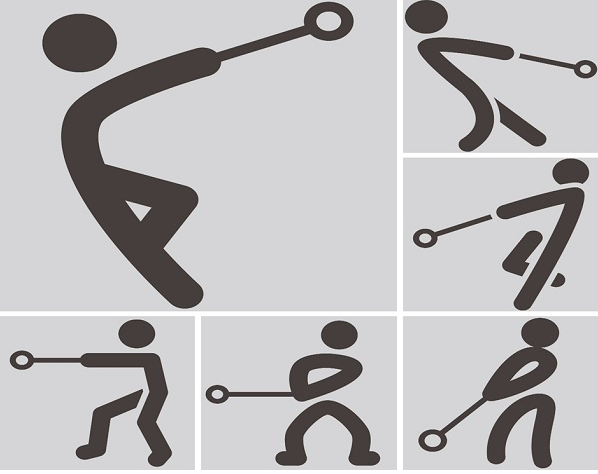 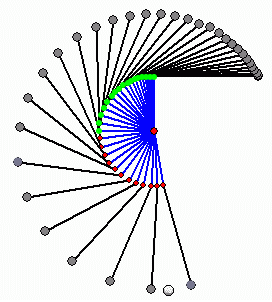 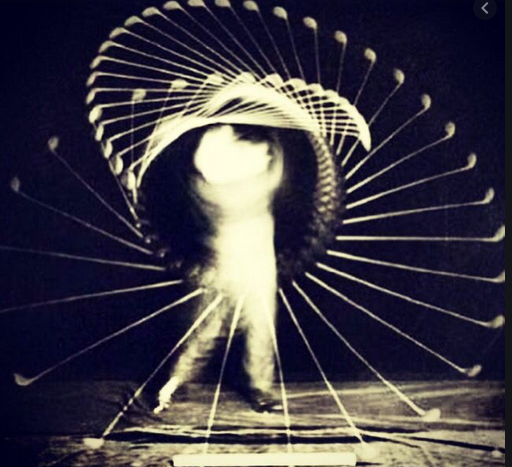 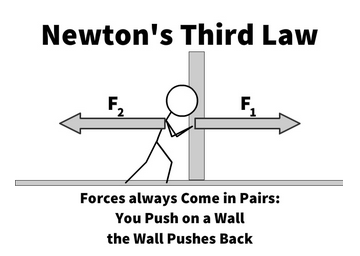 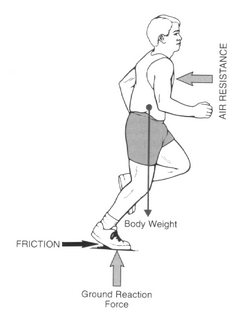