Good setup is half the success of a golf swing— it’s correct, but a good setup is not just a good position to fit that kind of standard like the straight shape of the back.  Instead it is about making a special body structure for golf swing just like the framework of a building; this body structure will act to create and take the centripetal force at impact. If you prepare your setup for these actions,  your setup will look like some pro’s posture and no need to duplicate it from pictures.

Keep in mind the basic structure of golf swing: The spine from femoral top to head is the bar to allow  arms to rotate and swing around;  and legs are the base of the arms swingwing around the spine and power source.

Feet wide should be the same width of shoulders or feeling comfortable to jump up with both feet for the middle clubs like iron 7; it can be a little narrower for shorter clubs and wider for longer clubs.

Body weight is a force. How can your feet push your body weight up to air? How wide the feet separate as we jump higher?  I guess it should not be very wide. It is the same for the golf swing: do not widen your stance too much. Bobby Jones and  Sergio Garcia are good examples. The narrow stand is a better choice for both applying legs power during the swing and controlling body posture for the accuracy of the ball.

The narrow stance can make sure both feet are rooted into the ground because of the direct force of body weight. Also this normal stand can make the hips act to any direction — vertical, lateral or turn. Just like Bobby Jones said: “Spreading the feet to an abnormal span ties up the midsection of the body, so that the possibility of a free turn of the hips—a source of great power—is entirely removed.”

Many people emphasize the body weight shift laterally and result in the wider stance. It is not necessary because there is not a lot of lateral pulling force that can help high speed of the club head.  So the conscious shifting the body weight to the target will ruin the pulling force vertically and decrease the clubhead speed. On the other hand, the wider stance is a weakness for golf swing because it will impede the hips turning. Other words, it’s better to make the proper stance for the balance and hips turning easier, instead of standing for body weight shift.

The narrow stance also helps increase the pulling force and balance of the front-back dimension. This is based on the concept: the key of creating clubhead speed is the centripetal force which is mainly divided into two directions: vertical and horizontal. So the space and power of both up-down and front-back dimensions are essential.

Even though the weight is moved to the right foot then to the left, this demonstration should not be exaggerated, because the transition of the core body’s weight is not the result of the right leg’s pushing to left, instead the torso’s turning making the counter-weight falling to the left side. ( Right foot and leg pushing force help the torso’s turning around the spine during the transition. If not very clear in mind about these concepts from SGM, the result of the action will not be satisfied.)

To restore more elastic force in the torso during the backswing, we have to realize the most effective way for the upper body structure: the wide and straight torso. We can see the body postures of the best golfers as they walk: especially Rory Mcllroy, Sergio Garcia and Fred Couples. When you stand well, try to feel the shoulders wider and the chest up, and then bend a little at hips and be ready to turn around your spine.

In this condition, you will find it is more difficult to turn the whole torso around the spine to lift arms and the club up, because this action will make more back muscles involved and stretched — and this is the way is the key of the backswing to create elastic force into the torso muscles.

If you have round shoulder shape or the spine is a curve shape, maybe you feel it is easier to lift the club up during the backswing, or you can turn around the spine a lot, however not sure there is a lot of elastic force in the back muscles, the result is: no power in your torso, no pulling force in your arms and no high speed of club head at impact. Bear in mind:

To make the wide and straight torso like a rubber board, the pelvic position and scapulars position are crucial; arms are hanging on the shoulders with the club head off ground.

3.Bend little and erect up

Bending from hips:  just bend a little bit for both hips and knees;  — try to bend less as possible like Mr.Hogan, Woods, Couples and Garcia; the knees bending to not over the toes from side view and hips bending to make the butts just above the heels from side view.

Think about picking up a small but heavy box ( about 50 lbs)  by both hands. Which way is better, the box is very close to your feet or the box is a little far away from your feet? Which way will protect your lower spine instead of hurting the lower spine? At the impact of the swing, the high speed circle needs a big force like the box, therefore the position of the body at address should be fairly bending less,  the result is the arms falling down, the hands are just above the toes and  the location of the ball is near enough.

Especially for driving, the torso bends very less and the arms should not stretch out a lot for the ball. Bobby Jones: “ The more expert players stand almost erect when addressing the ball. Rarely does one see a really first-class player bend or stoop over the ball. His body curves only very slightly”.

Even though there is a little bit of bending from the hips, the setup still is like standing: feel body weight on feet: distributing the weight evenly on the middle of the foot (neither toes or heel)  for both feet, and feel the body weight is on the ground through your both feet.

“ ( expert player) His body curves only very slightly and his weight is equally apportioned to each foot, and, if it is possible, evenly distributed over the area of each. In other words, he stands neither upon his heels nor upon his toes. From this position the proper body action is purely a turn or pivot with no shifting or sway whatever.” 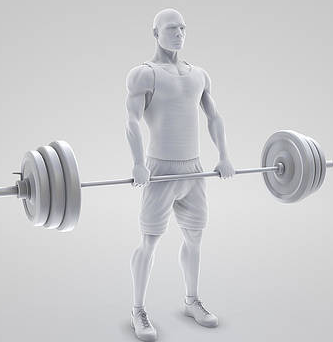