Concepts of angular momentum and conservation

As an example of the directions of angular quantities, consider a vector angular velocity as shown.

If a force acts tangentially to the wheel to speed it up, it follows that the change in angular velocity and therefore the angular acceleration are in the direction of the axis. Newton’s 2nd law for rotation implies that the torque is also in the axis direction. The angular momentum will also be in this direction, so in this example, all of these angular quantities act along the axis of rotation as shown.

Conservation of angular momentum is one of the key conservation laws in physics.

If a system does not interact with its environment in any way, then certain mechanical properties of the system cannot change. They are sometimes called “constants of the motion”. These quantities are said to be “conserved” and the conservation laws which result can be considered to be the most fundamental principles of mechanics. In mechanics, examples of conserved quantities are energy, momentum, and angular momentum. The conservation laws are exact for an isolated system.

Conservation of Momentum: The vector sum of the momentum (mv) of all the objects of a system cannot be changed by interactions within the system . If one part of the system is given a momentum in a given direction, then some other part or parts of the system must simultaneously be given exactly the same momentum in the opposite direction.

As far as we can tell, both conservation of momentum and angular momentum are the absolute symmetry of nature. That is, we do not know of anything in nature that violates them.

Why does the helicopter have a tail rotor?

Most helicopters have a small rotor placed vertically at the tail of the aircraft, which rotates continuously.

As a helicopter rotor spins around (the action), the entire body of the craft tends to rotate somewhat more slowly in the opposite direction (the reaction). To make a helicopter fly, the pilot raises the collective and increases the lift on the rotor blades in order to lift the helicopter into the hover.  If the blades are whirling anti-clockwise, as most helicopter blades do, the fuselage will start to rotate clockwise, due to conservation of angular momentum.

But the most common method of preventing the fuselage spinning uncontrollably is to have a tail rotor. A small version of the main rotor, this is mounted vertically at the end of the tail cone, and it effectively works by pushing the tail back as the fuselage tries to rotate.

Without a tail rotor, the other solution is to have a second large rotor spinning along the opposite direction. Sometimes this is mounted on the same mast as the first rotor (a design called a coaxial rotor); sometimes, as in the huge military Chinook helicopters, there’s a large rotor at either end of the craft (a design called a tandem rotor). The same purpose is fulfilled by fitting two rotors rotating in different directions called Contra-rotating rotors:  one rotor at the front and one at the back and they spin in opposite directions to cancel one another’s torque.

Conservation of angular momentum for sports

Angular momentum is the absolute symmetry of nature, anything in nature must comply with it. The golf swing can not violate.

As a rotational analog of Newton’s Third Law of Motion, angular momentum can be exchanged between objects in a closed system, but total angular momentum before and after an exchange remains constant (is conserved).

In the natural world, we can explain many examples for stopping the rotation for balance or stable applying conservation of angular momentum. We have talked about the helicopter’s tail rotor to keep the whole helicopter’s balance and stability as an example.

Another example is to feel the conservation of angular momentum by yourself:  Sit in a nice office chair that can spin. Lift your feet off the floor. Now, without touching the floor, twist your body quickly to the left. The chair will turn to the right. After twisting for 4 or 5 times, you will find yourself can see different view.

It is the same for helicopters. Because of the chair on the floor, the entire body ( your body and the chair) can not rotate; but the parts of the system can rotate: the upper part of the chair and your body. So if you twist your body to one direction, the chair with you will rotate to the opposite direction according to the conservation of angular momentum.

We have to walk or run in a straight direction and keep the whole body’s balance by making upper body tuning in one direction while lower body turning in the opposite direction,  also in sports like bowling, tennis and baseball.

You can see the action of opposite turning in sports, mainly two ways: back leg’s top thigh try to face the lead leg’s inside, or back foot moves inside or back direction. Let’s see the details for bowling, tennis, and baseball batting.

For bowling: during the moment of swing the ball out of the hand, the bowler’s right leg naturally swing to back to male very nice balance

For baseball: the batter will make the back leg move back a little bit just like the tail rotor as swinging the bat to hit the ball.

For tennis forehand:  even though the normal forehand swing is completed during the moving, the right actions of the entire body is always crucial for more racket head speed. you can see the best tennis player Rogue’s powerful forehand: always with right leg’s moving back for a power winner shot. 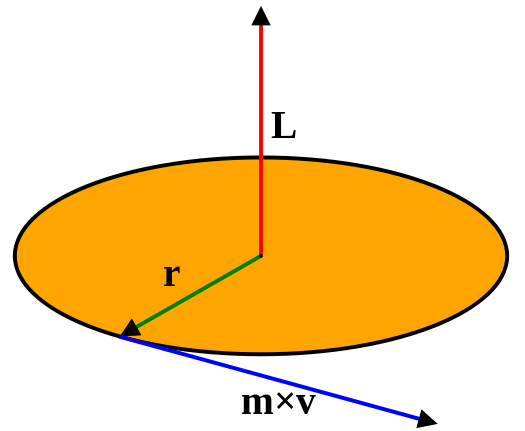 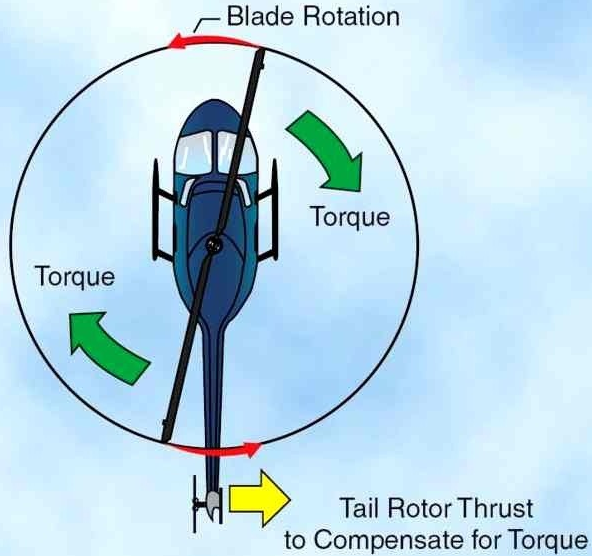 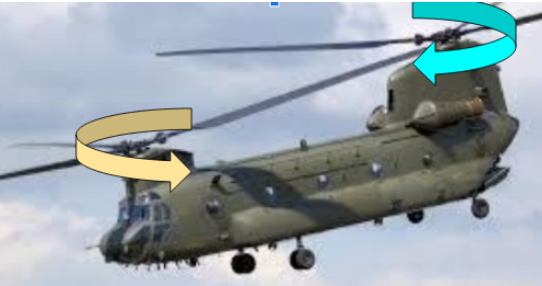 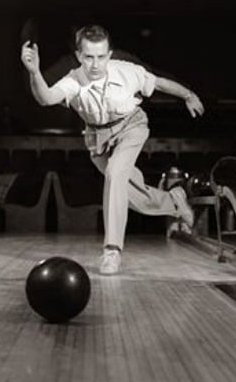 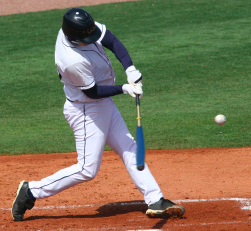 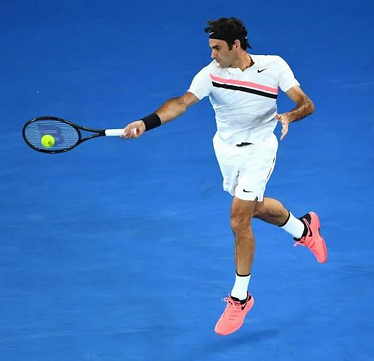